Funerals in the area of ​​the production complex

21.09.2019г.
In the last two years, our efforts in the area of ​​the production complex have focused on the study of a salt production facility from the middle and second half of the 5th millennium BC. It is a large pit with a diameter of more than 11 m and a depth of up to 2 m. At the beginning of the study, it became clear that since it no longer functioned as a production structure, the facility has been used for various activities for a long time. To our surprise, back then (in 2017), we found that in the northern part, at the bottom, there was an elderly woman buried - probably related to the organization of the production process. During this archaeological season, the structure brought us another surprise! About 2 m from the first one, we found a second tomb. Again, an elderly woman was buried. Like the former, it is also positioned in an a position typical for this era. Her right hand was placed under her head and there was a ceramic vessel in her left hand. Shortly after her burial, the tomb was disturbed, resulting in the missing bones of the left leg and left half of the pelvis. The two women were laid symmetrically on the bottom of burial pits, in the northern part of the facility. In addition, their heads are pointed at each other. It is very likely that the two funerals were completed in a short amount of time. In addition, in the middle of the production structure, in its deepest part, we examined a pit with clusters of human bones. Dr. McSweeney (our bioarchaeologist) recognized the remains of at least 4 individuals - a woman, a man and two children. The bones are mostly parts of skulls. Among them is a piece of cannon made of deer antler. The discovery of yet another human remains in the area of ​​the production complex, confirms the assumption that a different from the traditional for the ancient societies - agricultural cattle-breeding rituality appears. It originates and develops on the territory of the salt production complex and is directly connected with the new specialized activity and reflects the newly formed ideas of the first salt producers in Europe. 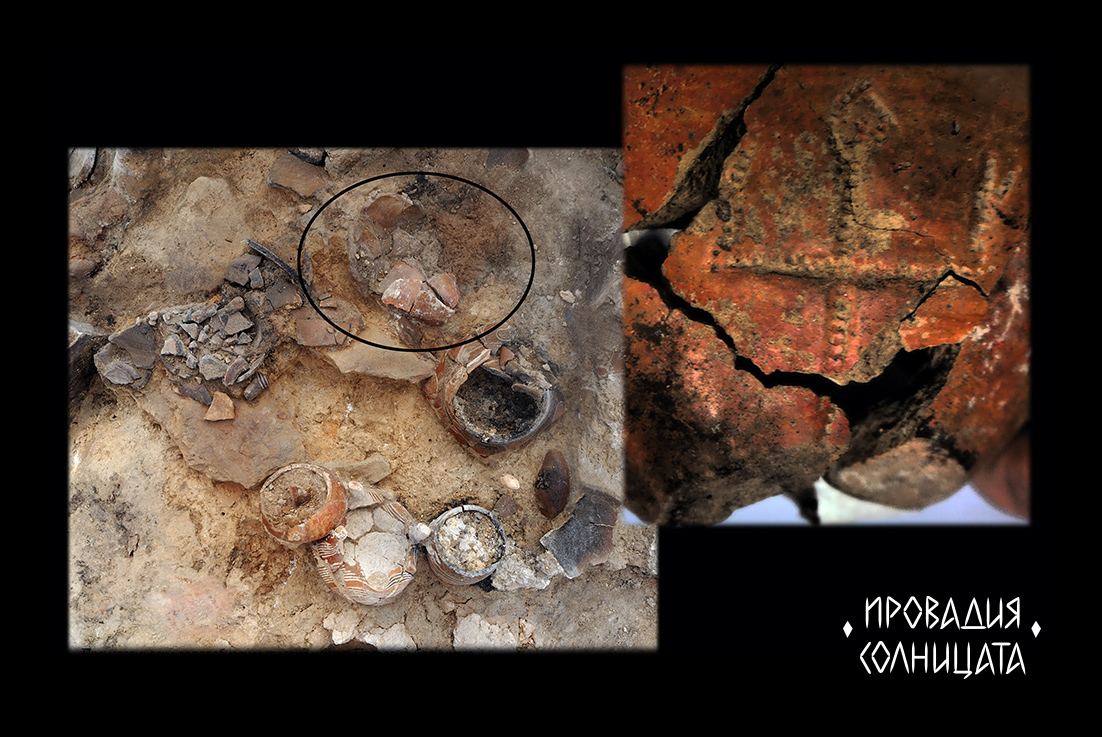 Depiction of the Mother-Goddess on a ceramic vessel

The double story construction, which had been destroyed in an earthquake, and has been under investigation the past few seasons, has again surprised the public with its architectural design and inventory... 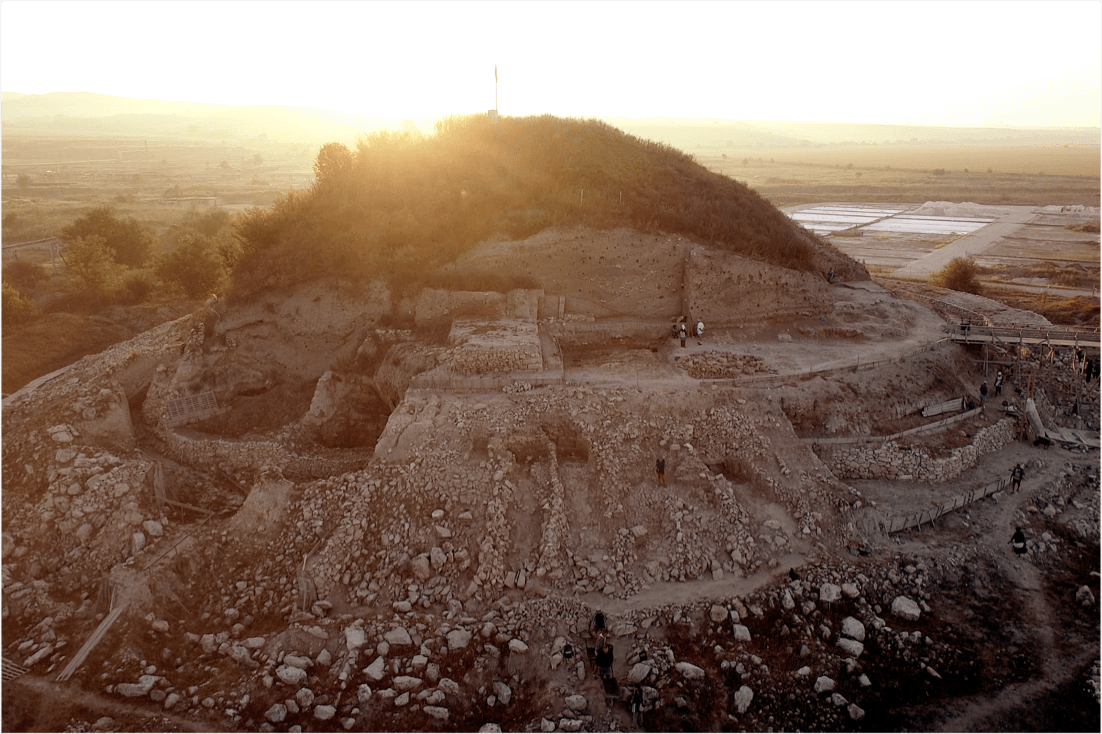