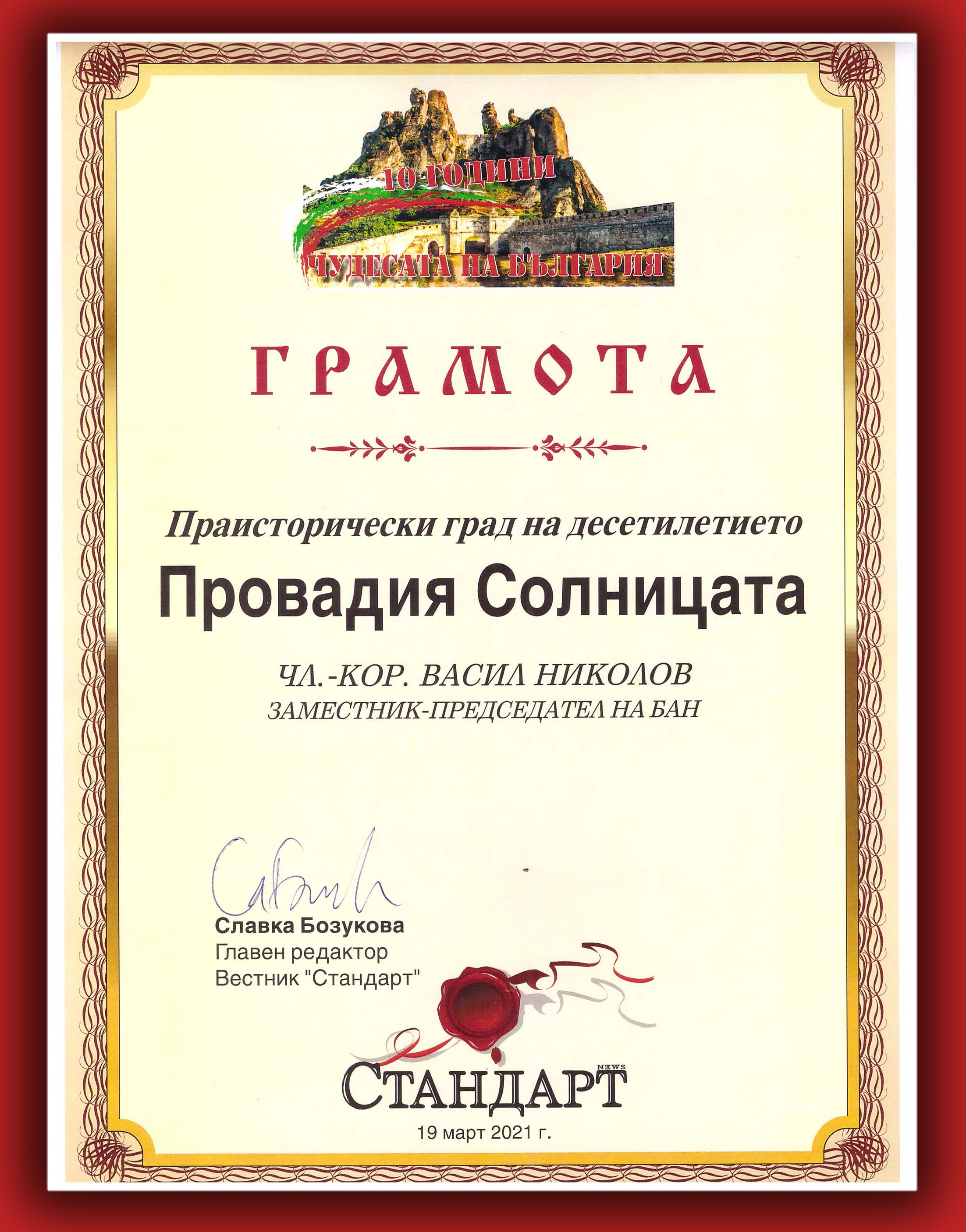 During the 10th ceremony of the annual awards in the campaign of Standard Media The Wonders of Bulgaria – the Wonders of the Decade, the prehistoric salt-production and town center of Provadia-Solnitsata was singled out as The Prehistoric Town of the Decade.
The award was conferred by European Commissioner Mariya Gabriel and was received by the head of archeological research Prof. Vassil Nikolov, D.Sc., Corresponding Member of the Bulgarian Academy of Sciences, and by the Mayor of Provadia eng. Zhoro Ilchev, Phd.
In a brief address, Prof. Nikolov expressed gratitude to the organizers of the campaign and to the people who had voted to honor Solnitsata with the prestigious award. He went on to thank the team of archeologists and restorers from the National Archeological Institute with Museum at the Bulgarian Academy of Sciences and from the Museum of History in Provadia who had uncovered this unique treasure and presented it to thousands of visitors. On his behalf and on behalf of his colleagues, Prof. Nikolov dedicated the award to eng. Marin Georgiev, Mayor of Provadia from 1999 to 2007, whose perseverance and support 16 years back paved the way for research of the archaeological complex which turned out to be unique across the Balkans and in the whole of Europe.
Eng. Ilchev hailed the archaeological team studying Solnitsata and its leader for their professional endeavor which has promoted the name of Provadia worldwide. 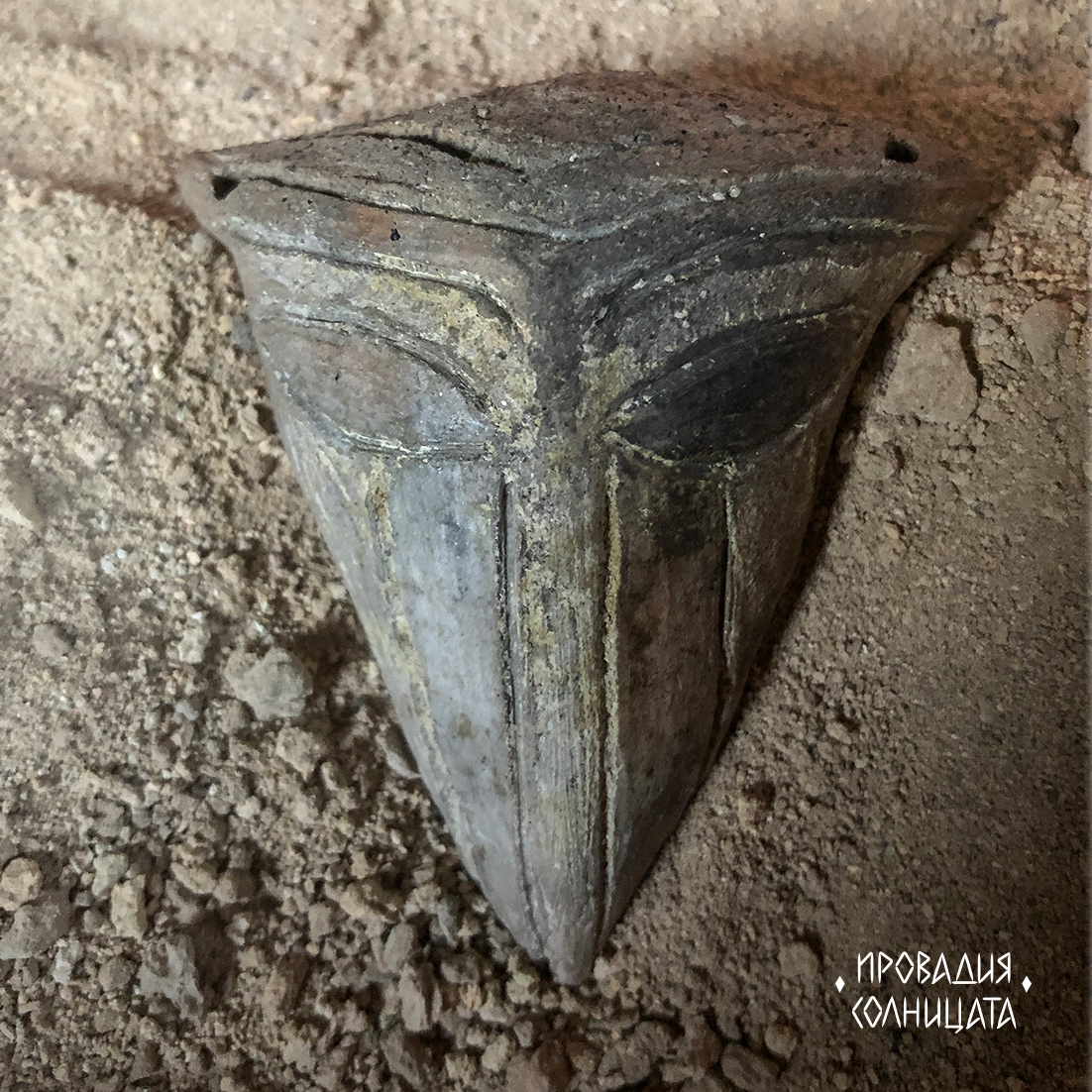